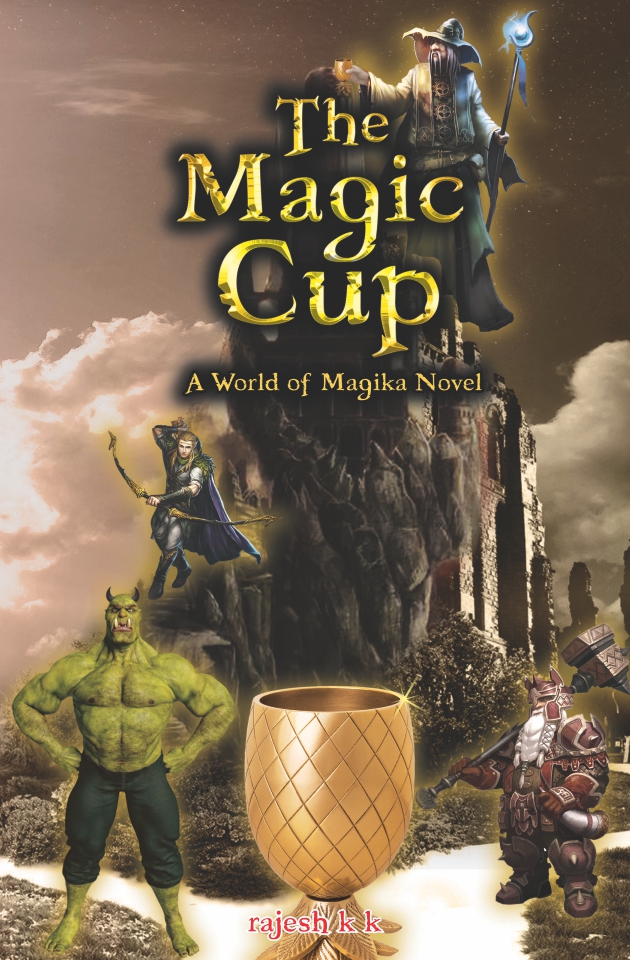 The Magic Cup : A World of Magika Novel

The Magic Cup : A World of Magika Novel

Four good friends from Bangalore are mysteriously transported to another world called Magika. This is a world of magic and is populated by Elves, Dwarves, Giants and other such fantastic creatures! Upon arrival, they are told that they've been brought here to help as an evil sorcerer - the Dark One - has stolen The Magic Cup, and now wants to take over the world of Magika.

Hearing this and having no way to return home, the children agree to join a quest to get the Magic Cup back from the Dark One. Accompanying them are a dwarf, an elf, and a troll. On the way to the Damned Lands where the Dark One dwells, they encounter strange beings, face challenges and attacks, and have many adventures. Their bond of friendship grows stronger and they discover the reason why they've been brought to this world to help.

In the Damned Lands, they finally come face to face with the Dark One who wields the most powerful magic of all. Will the children survive? Will they ever return to Earth? Or will the Dark One use the Magic Cup to become the Lord of Magika?

rajesh k k has been writing short stories for children for the past fifteen years and has published in leading newspapers and magazines. Earlier in his career, he worked in large IT companies but has now taken up writing full-time. This is his first book.