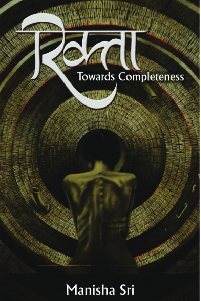 See Winners
‘Rikta’ is the story of the emptiness that lies in each of us, with hope that someone, somewhere will be able to complete it and fill the void. But has anyone ever achieved it? Whose search has ever been completed? ‘Rikta’ is not merely a story it is like the very life, the air everyone breathes. The characters of ‘Rikta’ are people like you and me and that makes ‘Rikta’ a story, not of it’s characters but ours too. It’s a story of a mother’s struggle in Mumbai and her discovery of herself.

Manisha Sri has done her M.Tech. in Earth Sciences from IIT Roorkee. Manisha has been living abroad for almost 10 years working as a Geologist but still loves to write in the Hindi that we usually speak - the Hinglish. In her first book, ‘Zindagi Ki Gullack’ she depicted the stories of her poems and now is here with the story written by her but lived by each one of us. Currently Manisha resides in the capital city of Malaysia, Kuala Lumpur.